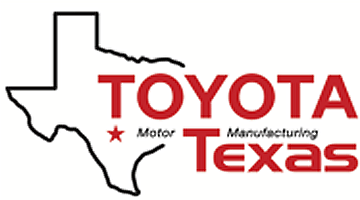 Every Toyota pickup truck sold in the United States in now manufactured at the San Antonio Truck Assembly Plant in Texas. The 2.2 million square foot facility began production in 2006 on a 2,000-acre site on the far south side of the city. The first Toyota Tundra rolled off the line in November.

When Toyota broke ground at the new plant site in Fall 2003, the plant was intended as a simple assembly plant. It evolved into a full automotive production site including 31 on-site suppliers that ship directly to the factory. In addition to 2,900 Toyota workers the on-site suppliers employ another 3,150 – over 6,000 jobs!

Toyota Texas offers individuals, groups, and schools free tours. What you’ll find there is one of the world’s most advanced automotive manufacturing facilities – what former Mayor Henry Cisneros calls, “Perhaps the most important economic accomplishment and development in San Antonio in the last 50 years.”