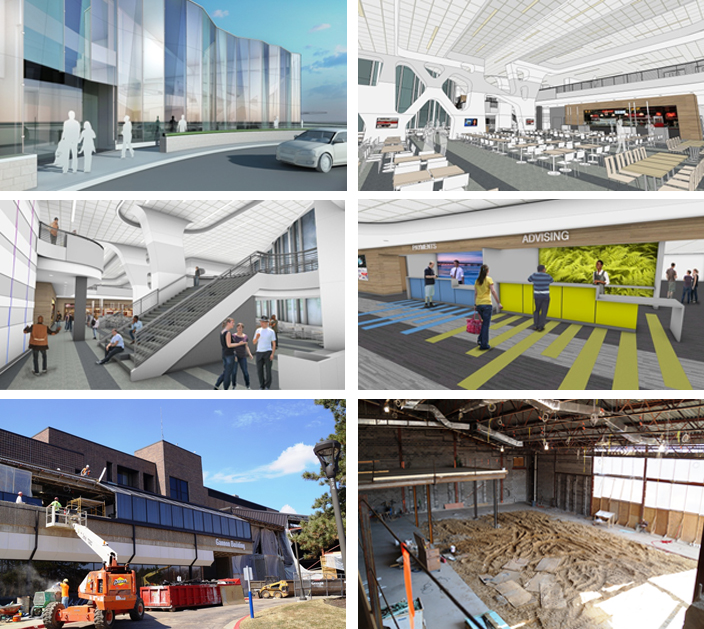 Every floor includes student-centered commons areas, multimedia centers, state-of-the-art smart boards and projection systems, and numerous work stations where students can plug in their technology devices and connect with other interactive devices. Over 250 works of art on display feature QR codes so those with smart phones can scan the codes and learn more about them.

LCC unveiled the newly renovated Arts & Sciences Building in Fall of 2013. The renovations resulted in a facility equal to or better than any in the nation for the teaching of science at the undergraduate level.

IPD renovations were also be made to approximately 79,000 SF of the first and second floor of the Gannon Building to increase space and improve student services. The second floor features a new One-Stop Center for student admissions, enrollment, registration,

academic advising, counseling, and other student functions. A natatorium was converted into a student commons and food court area on the main floor and improvements to the perimeter including a faceted glass wall that winds along the building’s eastern face. All work took place while the building remained occupied.